If you are one of those who enjoy snow, snow-splotched landscapes, snow-poor winter, or heavy snowfalls, you might enjoy the following sayings about snow as well as some short snow phrases.

Here are some Chinese sayings about snow.

Other snow sayings and quotes 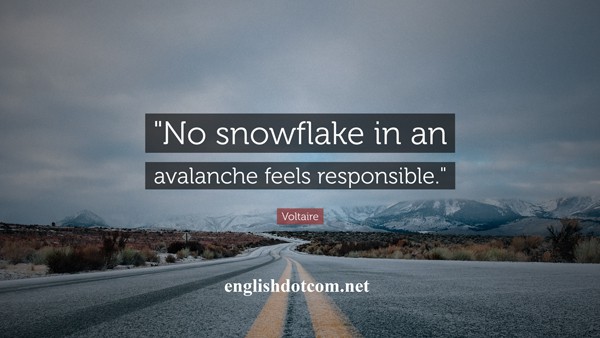 “I miss the snow. I miss looking at it, walking in it, tasting it. I used to love those days when it was so cold everyone else would be tucked away inside trying to stay warm. I would be the only one out walking, so I could look across the fields and see miles of snow without a single footprint in it. It would be completely silent – no cars, no birds singing, no doors slamming. Just silence and snow.” — Damien Echols

The following are some short and catchy snow phrases.

link to Is Are a Verb: Is Are a Linking Verb? Is Are a Helping Verb?