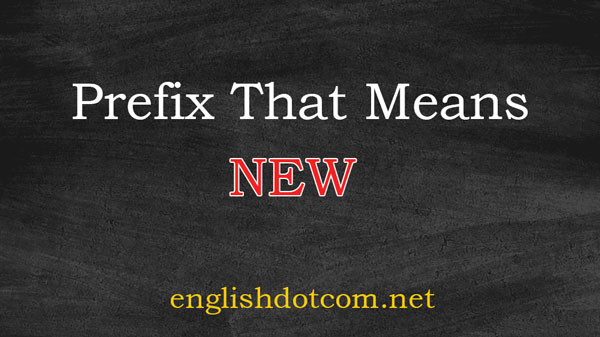 The prefix neo- means new. From the Greek ‘neos’ which means new, young, recent, fresh. The opposite of neo- is paleo-.

Here is a list of words with the prefix neo-:

In medical terms, the prefix neo- means new. Here are some examples:

The prefix neo in a sentence

Neo- in a sentence: This hospital’s neonatal unit is well-equipped.

What is new prefix?

The prefix for new is over-. We can say overnew which means very new.

For more prefixes and suffixes, check out this interesting post.