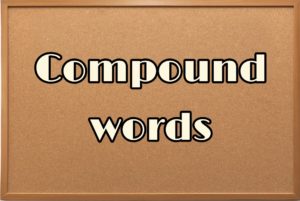 The following compound words lists are not comprehensive.

A compound adjective (also called compound modifier) is made up of two or more words that work jointly to modify the same noun. When compound adjectives are used before the noun they modify, they are usually hyphenated (joined together by a hyphen).

Compound adjectives whose first part is self are hyphenated as well. The words joined together by a hyphen are also known as hyphenated words.

Here are some examples of the various combinations that we can make to come up with compound adjectives:

As you can notice above we combine different parts of speech to create a new word.

Present and past participles can be joined with adjectives, nouns, and adverbs to make compound adjectives:

Prepositions can also be employed to form compound adjectives:

Another way to form compound adjectives is to join a quantifier and a noun.

A compound adjective with a number never takes the ‘s’ of the plural.

Compound Words: Compound adjectives to describe a person or something

you have confidence in your own abilities.

behave in a quiet and polite way.

uncomfortable or nervous because you are worried about what other people think about you or your behavior.

a self-absorbed person is a person who is concerned about or interested in himself/herself.

If an envelpoe is self-addressed, someone has written his/her own address on it.

It can be stuck to something without the use glue, etc.

Acting of or by itself.

A self appointed president is a president who has apointed himself/herself without the greement of his/her people.

Bought in several parts that you have to put together yourself.

A self-assertive man is a man who is very confident and not afraid to express his opinion about something or someone.

Having one colour all over.

Admitting that you have done something, especially something bad.

If you are a self-contained woman, you don’t depend on other people or you do not need them.

Containing two statements or ideas that connot both be true.

That can adjust or correct itself by itself.

If a plan is self-defeating, it contains elements that will cause it to fail.

A self-drive car is a car that you hire and drive by yourself.

Without concern for one’s own advantage; selfless.

A self-effacing man is a modest and does not want to attract attention to himeself or his abilities.

If you are self-employed, you work for yourself and are not employed by a company, a person, etc.

Obvious and does not need further explanation or proof.

Easy to understand and does not nee any more explanation.

A slef-important person thinks that he/she is more important than others.

always doing a lot of work.

naturally friendly and does not get angry easily.

too sure about yourself and your abilities.

very determined to do what you want to do.

not determined enough to succeed in what you want to do.

somebody who is strong-minded is not willing to change their opinions and beliefs.

happy to accept ideas and ways of life different to your own.

willing to accept opinions and ideas which are different from yours.

not willing to accept ideas or ways of behaving that are different from your own.

if someone is short-tempered, he or she gets angry easily for no good reason.

calm and relaxed; not easily worried or upset.

you think you are more intelligent or more important than you really are.

if you are thick-skinned, you are not easily hurt by criticism.

if you are cold-hearted, you don’t feel sorry about other people’s suffering.

Calm and sensible; able to make good decisions even in difficult situations.

Do this character adjectives quiz here to test your knowledge of compound adjectives.

A compound noun refers to a noun that is composed of two or more words. These compound words work together as a single unit to name a place, a person, or a thing. Compound nouns are usually created by joining two nouns or an adjective and a noun together (adjective+noun) (noun+adjective) (adjective+adjective), etc. 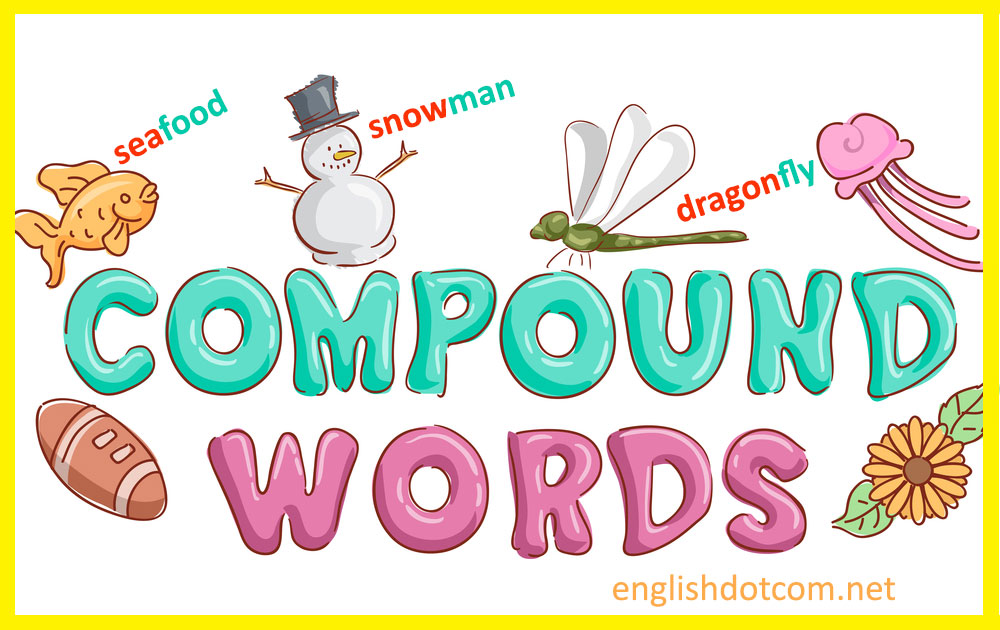 There are different combinations of compound nouns, but they are usually combined this way: (noun + noun) (adjective + noun), (noun + adjective), (verb + noun), etc.

Tip: To turn compound nouns into the plural, we usually add ‘s’, ‘es’ or ‘ies’ to the main word of the compound noun.

The main word is usually the second word, but there are exceptions.

We believe that this post is good for learners of English who want to broaden their knowledge of compound words. It can even be used by teachers to teach compound words.

link to How Are Prefixes and Suffixes Alike? 10 Examples of prefixes

Continue Reading
link to What Is Better on Time or in Time? Simple and Good Examples

There are many similar phrases and expressions in English like "on time", "in time", "just in time", etc. So What is better on time or in time? What is the difference between in time and on time? How...