Can you start a sentence with as? 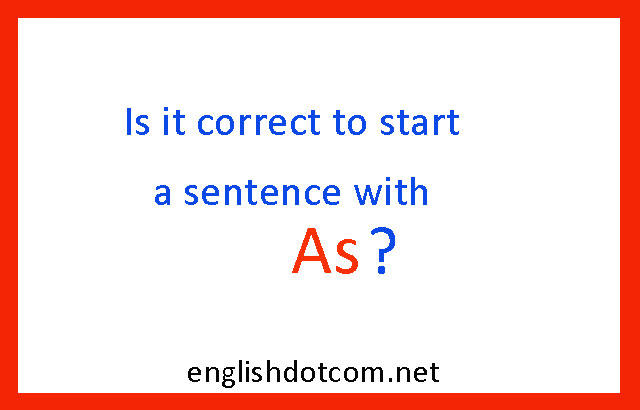 As a matter of fact, there is no harm in starting a sentence with as in writing as well as speaking.

Can you start a sentence with as?

Starting a sentence with ‘as’ as conjunction:

‘As’ in the sentences above means ‘because‘.

2. As means “while something else is happening”

As in a sentence as a conjunction:

Here are some sentences starting with as: