When we use a noun, we need to know if we should or shouldn’t use an article before it, and if an article is necessary, we have to decide which article to use.

So What are Articles in English?

Generally, articles are words that indicate, specify and limits a noun. There are 3 articles in English, namely a, an, and the. A an the are called articles.

Where Do Articles Come in a Sentence?

The 3 articles come at the beginning of a noun phrase. They are used immediately before a noun, an adjective, or before a combination of an adverb, adjective and a noun.

What Are Examples of Articles in Sentneces? 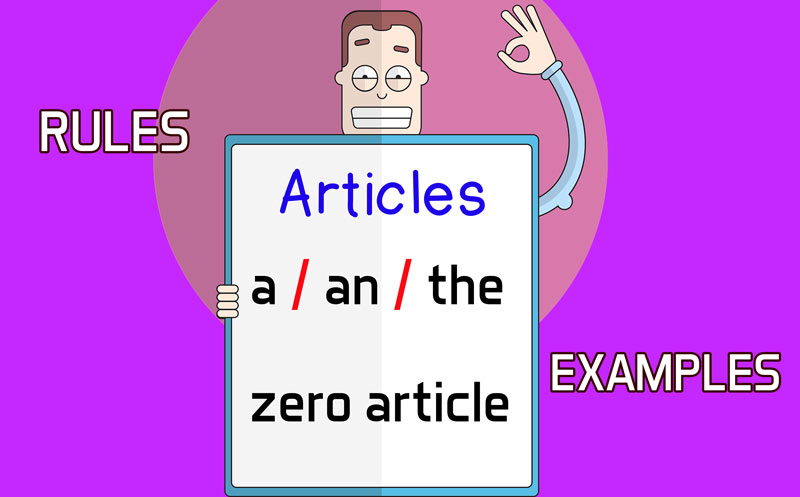 What Are The Four Articles in English?

How to Use Articles in English: a an the and zero article.

In this lesson, articles in English grammar (a an the and zero article), you’ll learn the uses of definite and indefinite articles as well as the articles grammar rules. Besides, you will learn when to use no article ( zero article). Enjoy learning the use of articles with examples.

2. A and an are used with singular countable nouns when we speak about them for the first time:

→  Two people are knocking at the door. A man and a woman.

3. A and an are usually used after the verb “to be” to say what someone/something is:

4. The article a is used in certain expressions to show how often something is done:

→ We go on holiday once a year. → We study English three times a week.

5.  We use a to mean “one”, with some numbers and fractions.

6. We use a in certain phrases:

7.  To refer to people and things in general.

→ A teacher should be patient. (=all teachers)

Before words that start in h, we use a when the h is pronounced as in:

and we use an when the letter h is not pronounced as in:

The letter h in the words honor, honoree and hour is not pronounced. For this reason, the article an is used bfore them. 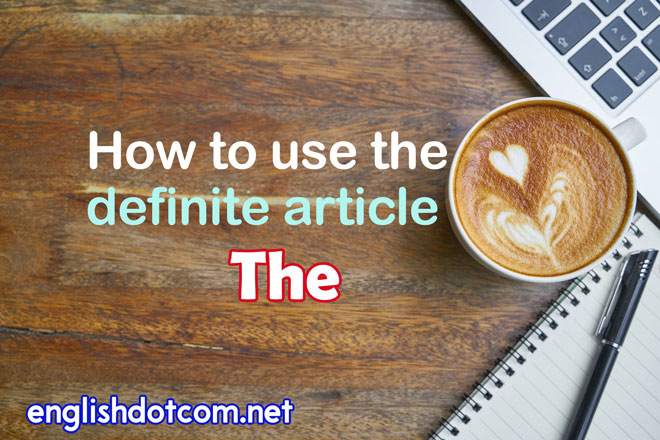 The Definite Article ‘the’

What are the 10 use of definite article?

Here are the 10 uses of definite articles:

2. The is used with nouns that are unique:

3. The definite artice is used with names of musical instruments:

4. Using the with superlatives:

We use ‘the’ with superaltive adjectives.

5- We use the with parts of the day: morning, afternoon, evening:

6.  The is used to talk about something specific:

7. The is used with adjectives that are used as nouns to refer to a group of people:

8. With the names of certain countries:

9. With the names of oceans, seas, and rivers:

10.  With the names of hotels, theatres, museums, and newspapers:

→ Chocolate is bad for your teeth.

3. With names of countries, cities, towns:

→  The conference will take place in New York.

→ She speaks Russian and English.

5. With games, sports, and school subjects:

→ They play tennis twice a week.

→ Maths is his favorite subject.

Are There Specific Rules to Build Expressions Using Articles or without Articles?

In many set expressions, articles are used or omitted for no apparent reason. Some of these expressions are idiomatic expressions.

There are no specific rules to build expressions with or without articles. You should learn such expressions as chunks.

Here are some examples of set expressions with articles and without articles:

This lesson will surely help you learn how to form new words in English.

Articles in English a an the video

Fo rules of articles in English grammar pdf check this